Yam is the only such plant, even when pulled out completely from the earth, will grow back. Yes, yam is dug out from soil and used as vegetable in many dishes. We need not plant it again. If watered again, yam plant would grow in the soil, where we dug out. For this reason, yam is considered as the symbol of fertility, and so is worshipped as goddess.

Procedure of the pooja:
On the auspicious day of Polala Amavasya women wake up early and clean the house then prepare prasadam. This pooja will performed by married women so Poleramma will safe guard their children from the diseases and death. Mostly diseases like Chicken-pox and Small pox. Because of the Rainy season flu like diseases spread easily for children so, women will perform the pooja to protect their children from diseases.They offers pooja to poleramma as per Sri sookta and chanting Shakthi or devi Mantra, Astrotram, 108 names of gouri devi etc “Raksha Thoram” or “Rakstha Daaram”(Sacred Thread – seven lines of white thread dipped in wet turmeric and a turmeric root(pasupu kommu) is tied to it) is also Worshipped during the Pooja. Women tie Raksha Daaram in their necks for gals and for boys(only below 12years) around their waist to seek her blessings.

More about the pooja:
Polala Amavasya is mostly a local festival in Andhra Pradesh, Telangana and it is also observed in Karnataka, Tamilnadu and Orissa. Polala Amavasya is also known as Pithori Amavasya. Women worship yam plant or yam as Poleramma at puja place and offer shodashopachar puja to the Goddess. Goddess Poleramma vratam/puja is quite similar to the Goddess Sheetal Saptami puja observed in North India.

Goddess Poleramma
She is the local diety, who guards the village borders(polimeralu), preventing the evil winds of illness from entering into the village. She guards children from infectious diseases.

You can know about the story of Polala Amavasya Here

The story goes this way:
Once there used to live seven brothers. All of them had children. The wives of all the seven brothers wished to perform the Polala Amavasysa Vratham. But the kid of the last brother dies and hence all of them were unable to perform the Vrat. As if someone dies in a house, the whole family cannot perform any Vratams or celebrate any festivals.

In the night after the Vrat, the wife of the seventh brother takes the dead kid on her shoulder to the Poleramma temple on the outskirts. She cries looking at her dead kid. In the mean time the Goddess Polerama who has just started towards the village for patrolling, sees the seventh brothers wife and asks the reason for her worry.

The wife replies that, this the body of her seventh dead son and every year her sons have been dying for the past seven years because of which she or the wives of other brothers were not able to perform the Polala Amavasya Vratam. This year she did not inform the death of her seventh son and performed the Vrat along with others. She brought the dead kid here and was crying.
The Goddess felt sad for her and showed mercy on her. She gave her some Akshintalu (Turmeric rice grains) and asked her to sprinkle them in the place where she had buried the other kids and call them by their names.

The seventh brother’s wife, did as told by the Goddess. As she called out the name after sprinkling the Akshintalu(holy Rice), each of her son came alive.

She returned home with all the seven kids. Everyone asked how she was able to get her seven kids back? She narrated the whole story of what happened.

From that day onwards, everyone in the village started performing the Polala Amavasya Vratam.

*This vrata is performed on Sravana Bhula amavasya -The last day in the lunar month of Sravana. All married women, perform this vrata for the wellbeing of their children. Yam plant or yam is worshipped as goddess POLERAMMA. Gaarelu,boorelu and soup(pulusu) of  seven vegetables are prepared for the offering. A washerwomen or a dog is supposed to be fed today.

The significance, procedure and other details can be read Here 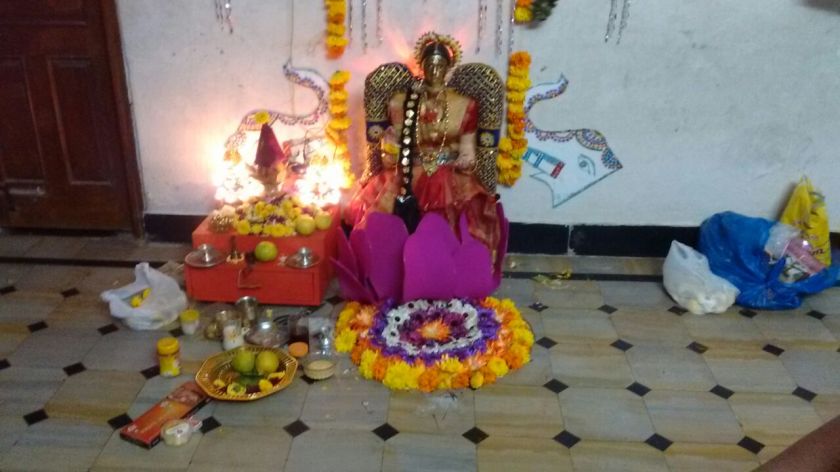 I have been busy with the proceedings these days. I am happy that things went on well and I could complete the pooja well. Thanks to my dear daughters who helped me out in carrying out and oraganising the pooja in grand manner. Proud to be blessed with such loving and caring daughters. 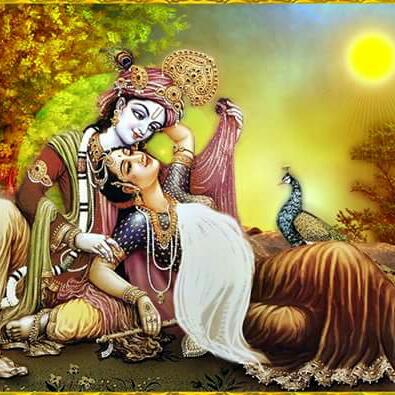 Posted by Sri Sudha from WordPress